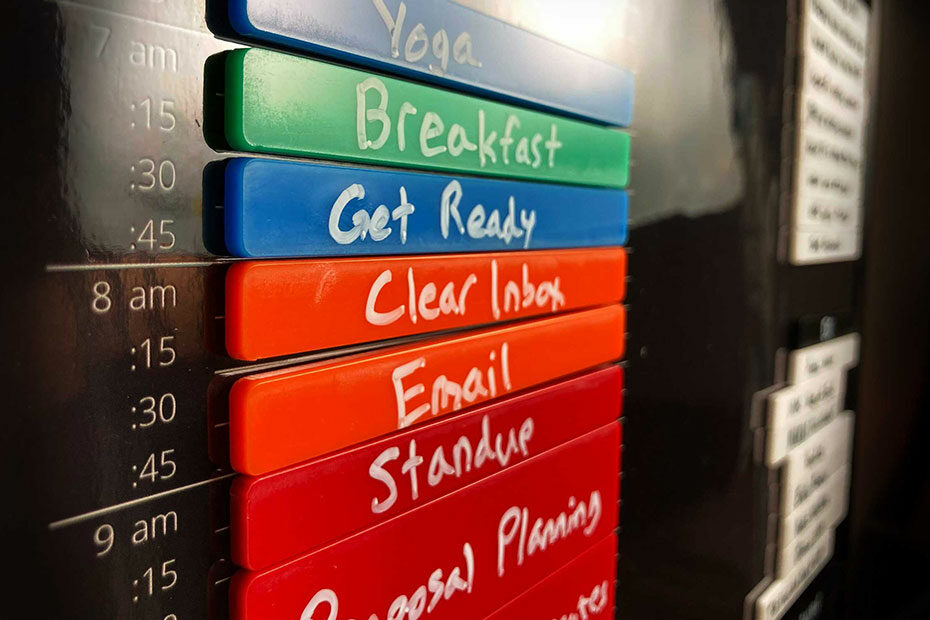 Growing Up with ADHD

From as far back as I can remember, I’ve wanted to create something new. Everywhere I look, there are new and amazing ideas that make the world a bit better in big and small ways. But my ideas typically tied into whatever I was learning about or doing in a sliver of my life. Whether it was a gimmicky wedding website while planning my wedding or a microwave-safe paper wrapping when learning about the toxins in plastics, they never quite had that spark (I mean, they were mostly downright terrible ideas).

When I grew up, moved to a new town, bought a house, got laid off, and started my own business, I struggled to keep myself focused on the things that mattered to me and my livelihood. Sidenote: if you don’t know about self-employment assistance, look it up now! It gave me the freedom to use unemployment payments to start my own business. And it’s helped many people I’ve told about it since.

I remember my friend encouraging me to spend a certain amount of time each day on “income-generating activities.” That’s still a phrase I think about now. As a small-business owner, there are so many important (and not so important) things to do with your time. It can be hard to focus on the right things enough of the time to build the business and life you want.

My First Physical Planning Board

Computers were everywhere, tablets were becoming a thing and nearly everyone had smartphones. But I couldn’t shake this desire to plan my day in some physical way. I wanted to be sitting there holding some kind of board and planning the things I would focus on throughout the day. I know what you’re thinking, “That doesn’t sound like the income-generating activities you were just talking about.” And to you, I stick my fingers in my ears and choose not to hear you.

So I set to work. You know when something just has to be a certain way and you know it with every fiber of your being? And then you turn out to be wrong? So completely wrong? This was one of those times. My planning board had to be round, that’s right – round like the days are cyclical. And it had to be color-coded (e.g. work could be red, eating and self-care could be green, etc).

Here’s what I did…. You know those little round stickers that come in four colors? They are about the size of a nickel? Well guess what? They are exactly the size of a nickel and I knew they would work for my planning board. I got busy sorting nickels and applying colored stickers. (hey, it may not be income-generating now…. But just wait…)

I took a lap-size square piece of wood, drilled holes slightly wider than a nickel, and covered it in fabric so the holes became “seats” for my time tokens. I can not even remember now, but I believe there were 24, as is accurate for a full-day circle of planning.

I’m not gonna lie, sitting there and tossing tokens into grooves was a little bit fun. The problem was…. Well, have you ever tried to write anything on something the size of a coin? So that was one problem from the get-go. Easily solved however with…. Symbols. That’s right, I can come up with a symbol for each activity.

As someone with big-time memorization issues (we’re talking the second percentile), you can imagine the challenges associated with SYMBOLS for EVERYTHING. I mean, for one, the amount of non-income generating activity that must be dedicated to simply coming up with the symbols was significant, to say the least. Never mind the challenges associated with remembering the symbols. Already I was asking my brain to do more work than this “invention” was meant to relieve.

But do you think that stopped me? What and send me back to doing more “real work”? Hell no; if symbols are required, I can come up with those. But the next challenge was not so simple to overcome. Hour chunks were not small enough. Well, I can draw a line across a nickel with a sticker on it, yes. And I did. But two-time blocks on one token became too much for me to manage and when the idea inevitably fizzled out, I went back to building my business one hour of income-generating activity at a time.

I still run my own business. I still struggle to juggle all the things I want to do in my life. And I still avoid some of the big things I know will help me create more of the life I want.

About six months ago, I think it’s fair to say that I hit rock bottom. With covid-19’s quarantine in full swing, two young kids at home, a business to run from my non-existent home office, some emotional baggage I’d been lugging around since childhood, and a health insurance provider that told me after two calls that I seemed like I was doing fantastic (I was not) — I felt helpless. I was depressed. I was stressed. I. WAS. DESPERATE.

Instead of giving up, I started reading (and by reading, I mean listening to audiobooks). And I started making connections between my fear of abandonment as a child and my people pleaser ways as an adult. Between my highly sensitive nature as a child and the sense that I was often wearing a mask as an adult.

But it wasn’t until I got into the ADHD topic that something really clicked. You see, I was diagnosed with ADHD at 11 years old. The tests revealed an ability to think abstractly at 99th percentile and an ability to remember factual information at 2nd percentile. Do you know how hard it is to convey an abstract idea when you can’t remember half the words required to explain it?

Success is all about who you know, right? Thank God we live in a time that our networks expand around the world. Thanks to some commenter on Reddit, I discovered a video by Dr. Russell A. Barkley. In this video, Dr. Barkley talked about how ADHD is a working memory deficit. He talks about how ADHD is not a problem with knowing what to do (duh!), it’s a problem of doing what you know. It’s specifically a problem with holding what you want to do in your brain for long enough to complete the task.

He goes on to say that people with ADHD can not hold as much information in their working memory as neurotypical people (NTs for your non-Redditors). And he says the only workaround is to physically put the information out in front of you.

I couldn’t believe it! THAT is why after 15 years of developing big website proposals, I still write down the parts on slips of paper and sprawl them out in front of me. THAT is why after 15 years of doing this, I still have not been able to write out all the steps and parts required to train someone else to create said proposals. There are so many parts. And it is far too much to hold in my working memory. I know when I have covered it all, but I can’t hold it all at one time in my working memory.

I felt empowered. I felt like I had permission to need to do this. And so I got busy laying out ALL the steps to proposal creation – so many slips of paper that it could barely fit on my king size bed. No more hiding my desire to plan things visually. It’s like I was given a new weapon that could help me conquer all the things that had held me back for the past 39 years.

Putting The Pieces Together

So is this when the idea for Tactiled was born? Close. But not exactly. Knowledge of my working memory deficit had to marinate for a while. And I was not quite desperate enough yet. It was actually trying to figure out the care plan for my 4 and 6 year old kids that sparked it. I was sitting there thinking through all the details that were needed. When I have them, when my parents would watch them, when my son’s dad would watch them, when my partner would get home, when my meetings were, when my appointments were. Too much – so much to keep in my head.

Within an hour I had purchased the domain name TACTiLED.com – and that is how the idea was born.

I’d like to add, if you’re not my mom and you’ve read this far – hallelujah, and thank you for your commitment to such a large time block!! If something resonated with you, please tell me what it was in the comments.